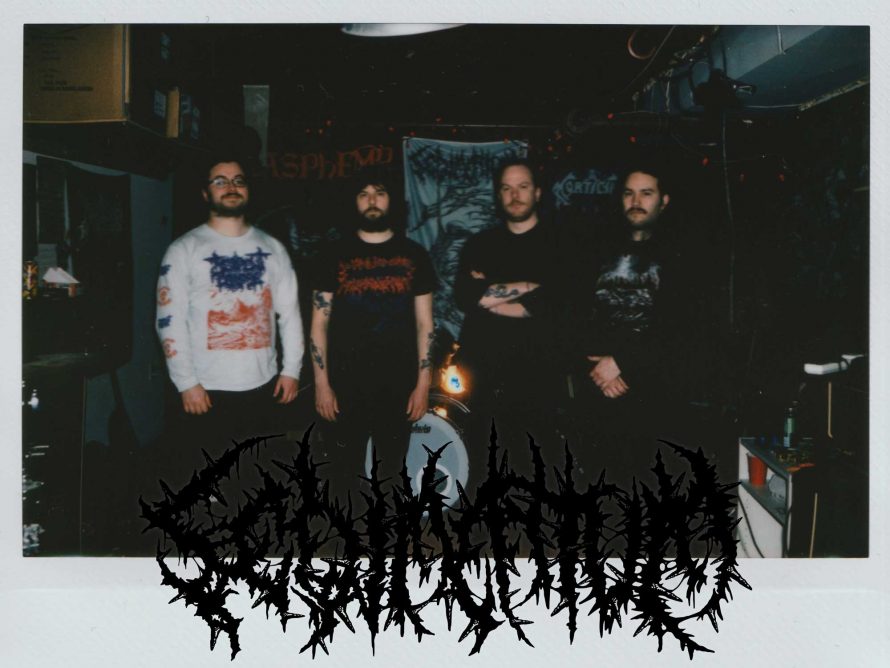 In our endless quest to push and support current underground acts that perpetuate the odour of vintage Death Metal, we’re extremely thrilled to announce a new signing: SEDIMENTUM, from Canada.

SEDIMENTUM was born in 2018 when a few friends who, for a little while, wanted to play filthy Death Metal got together in the extreme coldness of Québec City, Canada. After releasing a critically acclaimed demo in 2019 and a couple of split 7″ EP’s, the band started working on their debut full-length album. The actual lineup consists of Alexis Élément-Plamondon on guitar and vocals, Alexandre Landry on bass, Mathieu Lépine on drums and vocals, and Ulysse Nadeau-Paré on guitar, and all four of them are more than ready to start playing live after two years of forced quietness due to the pandemic.

Theirs is an atavistic and gnarly form of Death Metal mainly influenced by old Finnish and English bands that strikes the listener as being straight up summoned inside unbounded, dreary catacombs from a long buried past. Pounding blastbeats, insufferable slow parts and weird Finnish riffs blend well together in their take on modern Death Metal. But make no mistake: SEDIMENTUM ain’t just about cavernous ambience. They ain’t just about dank atmosphere: their music is filled to the brim with memorable, utterly heavy riffs that suck you in and spit you out into a vortex of putridity where all you can do is wallow in the sludge and gasp for air until your certain demise.

SEDIMENTUM’s debut full-length Suppuration Morphogénésiaque is due out on July 24th, 2022. Memento Mori will unleash the CD version and Me Saco Un Ojo Records will take care of the LP, tape and digital versions. Prior to that, the band and Me Saco Un Ojo Records have agreed to launch a new demo tape with 2 new songs that will be out in few weeks, pre-orders for the new tape will be up this Friday. 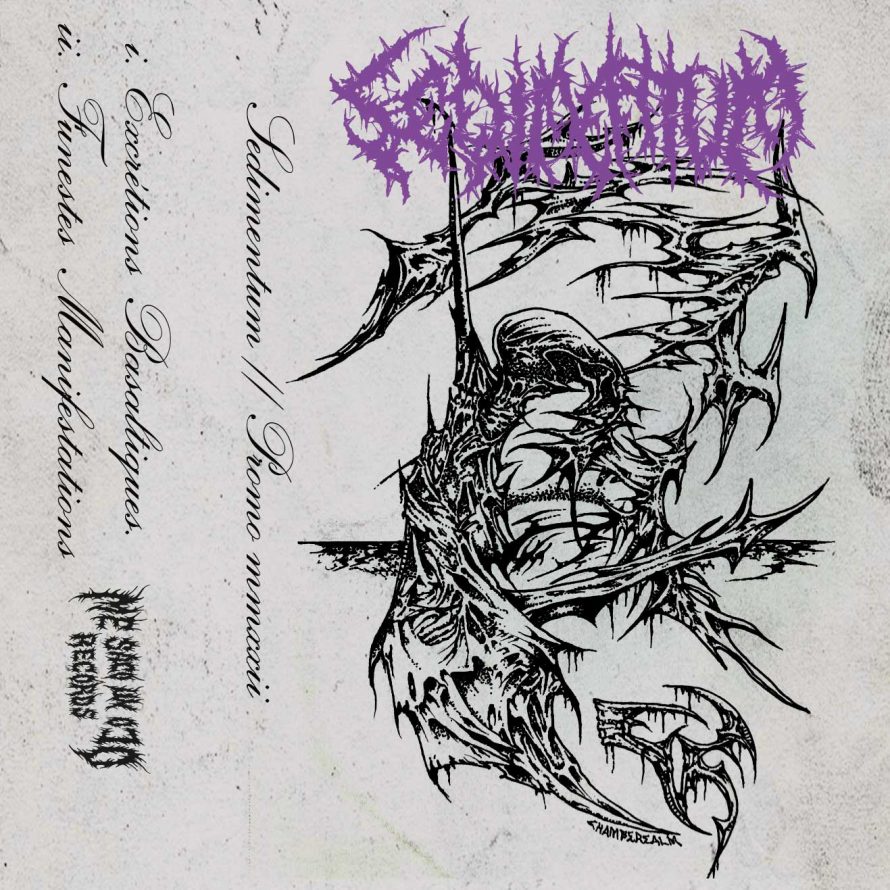