on 16th October 2020 in Distro and Record Label News

It has been mixed and mastered by Dan Lowndes of Resonance Sound Studios. Layout by Heresie Graphic Design Studio. The artwork was created by our friend Timo Ketola, before he sadly passed away recently. RIP Timo.

One of the songs from the MLP “Rites of Abandoned Heretics” is available to hear now via the MSUO Bandcamp.
The MLP will be released on December 7 through Me Saco Un Ojo Records, on CD via Dark Descent Records and on tape through Extremely Rotten Productions.

We’ll start to take pre-orders from Friday 6th November, here on mesacounojo.com and on Bandcamp. 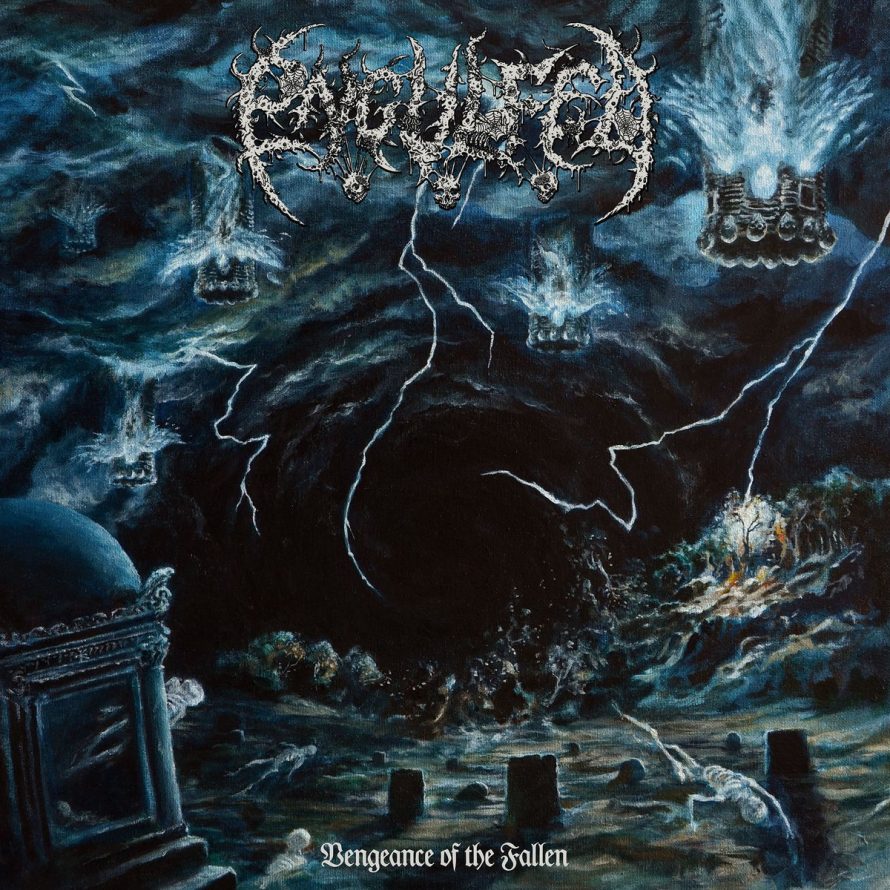 ME SACO UN OJO RECORDS and DARK DESCENT RECORDS are proud to present a new mini-album from Turkey’s ENGULFED, Vengeance of the Fallen, on 12″ vinyl and CD formats, respectively.

Formed in 2010, Turkey’s ENGULFED comprise a wealth of experience in the metal underground, with the band’s three members playing in or having played in such bands as Decaying Purity, Burial Invocation, and Hyperdontia among others. However, as ENGULFED, the power-trio dive deeply into classic forms of ’90s-entrenched DEATH METAL whilst retaining a freshness of approach.

The band made their recorded debut in 2012 with the EP Through the Eternal Damnation, which ME SACO UN OJO released on vinyl the next year. Five years would pass before ENGULFED would deliver another record, but this time, it came in full-length form: Engulfed in Obscurity, their debut album. Quite the opposite of its title, Engulfed in Obscurity firmly put ENGULFED’s name on the international death metal map.

Never ones to rush things nor work in half-measures, ENGULFED now return after a three-year hiatus with a brand-new mini-album bearing the title Vengeance of the Fallen. Truly, upon first listen, the astute will find that the band have outdone themselves here, with every element – songwriting, execution, production, aura, even the cover art – surpassing the highwater wark of their not-inconsiderable debut album. Indeed, Vengeance of the Fallen is aptly titled, for ENGULFED rise from the shadows of their hiatus with a fury and focus that are frankly startling to behold. Sepulchral depths are explored, haunting tremolos squiggle, rhythms cyclone in a manner most labyrinthine, and just the right amount of gleam is applied to their grime, resulting in a surprisingly epic four-song/25-minute landscape of darkness and dread. As ever, ENGULFED astutely walk the fine line between death metal’s old school and its new(er) school of Old School, instead heeding their own internal hells and in turn exhibiting a masterclass of mesmerizing, majestic DEATH.