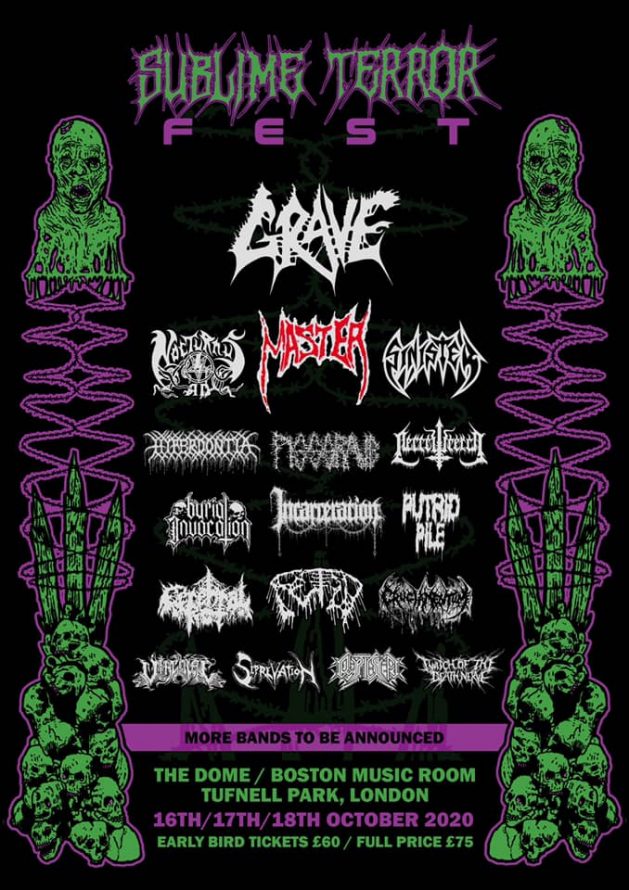 Sublime Terror Fest will obliterate London from 16-18 October 2020, bringing some of the biggest names from the old school alongside the finest underground talent in death metal to The Dome and Boston Music Rooms!