This July Undergang will be touring Europe with plague bearers Gorephilia. They’ll be bringing along an extremely rotten 7″ split released by Me Saco Un Ojo Records especially for the event, featuring one hymn for the maggots from each band. Below is the cover illustration for this upcoming abomination, done by David Mikkelsen.

There’s info up already about the Freiburg, Germany date. Stay tuned for more info on the release and tour. 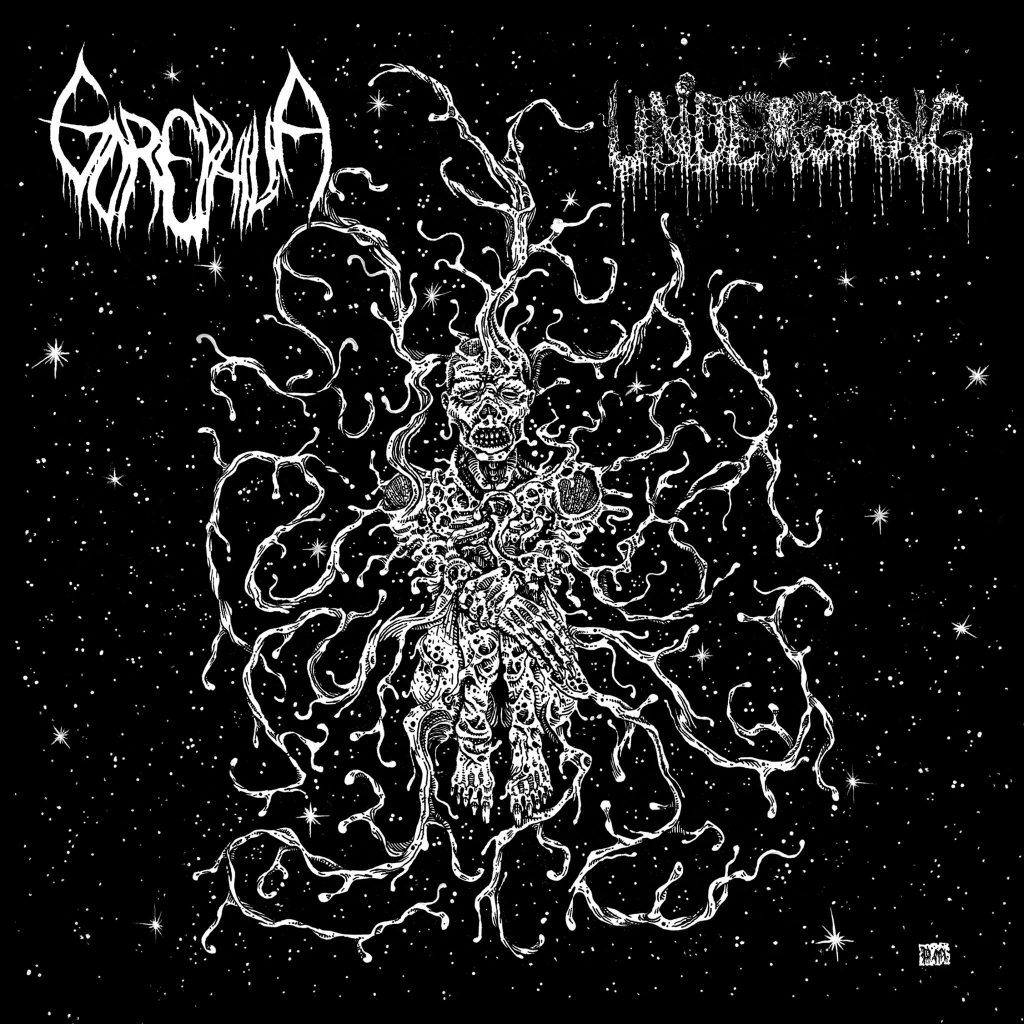 Gorephilia’s new album In The Eye of Nothing will be released by Me Saco Un Ojo Records on vinyl in October 2020.