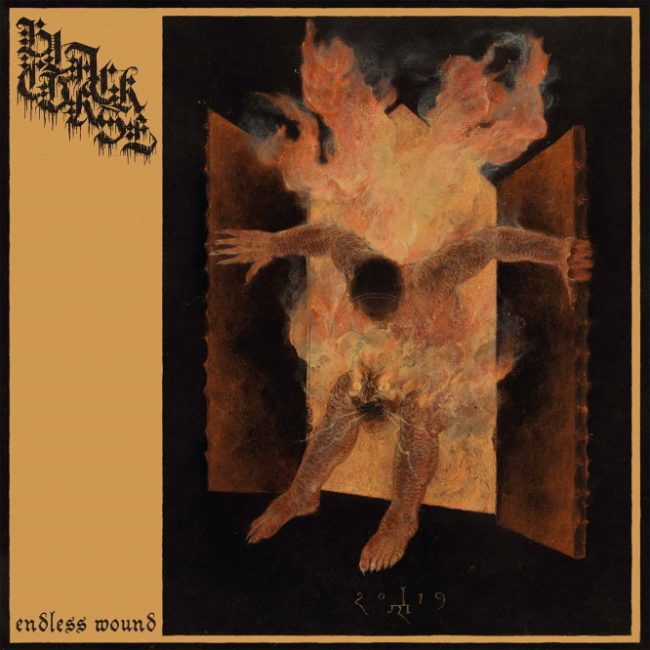 Formed in 2015, BLACK CURSE is the focused will of death-obsessed fanatics.
Physically residing in Denver, Colorado, the band is comprised of various members of other cults
responsible for the outside attention the city has gained in recent years.
BLACK CURSE has grown slowly over the years, changing form several times.
The band has a meticulous writing process, wrought with intention and focus, that demands reflection.
With this in mind they chose to let the material take shape over years of creative effort,
evolving into a fully realized vision of something powerful and succinct.

Produced with the heaviest sound possible -Endless Wound- crushes into the world like the spawn of primordial chaos.
Herein BLACK CURSE crawl on the darkest lava fields of Doom, revel in the infernal storms of Death,
and levitate in the utmost Black.

Although the album is marked by an extraordinarily savage execution and a grand violent production,
it still allows a honest homage/praise of the elder gods.
The sound calls back to the most extreme and evil American acts joined in darkness with the barbarity
and mysticism of Finnish, German, and South American cults.
This combination of what came before filtered through a distinct and unique vision makes BLACK CURSE
and -Endless Wound- relevant in the todays Death/Black Metal scene.