UK customers: Free shipping on orders over £100
View basket “AGONIA PRE-MORTEN – Demo 2010 TAPE” has been added to your basket. 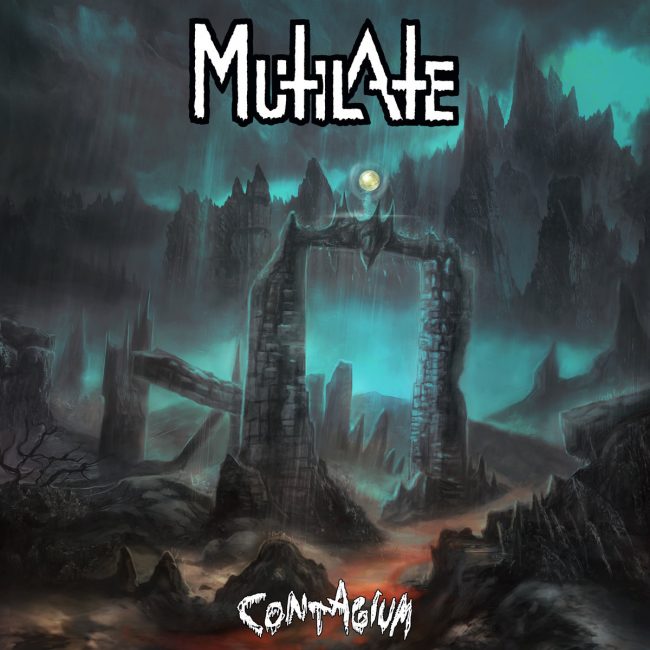 Hailing from New York, MUTILATE are literally a blast from the past. Sounding as if time stopped some 30 years ago, this quartet create crude ‘n’ rude black-cum-death metal that was only brewed in the darkest dungeons of the underground circa 1987. As such, they aesthetically nod to the likes of Death Strike, Helllhammer, Nunslaughter, and Goatlord (U.S.) as well as the torchbearers that came after those pioneers during the ’90s like Benediction, Acheron, Usurper, and Sathanas. It’s stripped-down and simple, and unapologetically so, and done with absolute belief and total authenticity. Trend-mongers couldn’t tolerate Tormentium, their debut album for IRON BONEHEAD last year, and yet the record won the support of those who do not entry to the false.

Now, striking while the iron’s red-hot, MUTILATE return with the even stronger and more disgusting Contagium. Aptly titled, Contagium is a throbbing wellspring of pus and pestilence: crude ‘n’ rude DEATH METAL from an arcane age. Without almost effortless aplomb, MUTILATE build upon the already-firm rudiments of Tormentium and simply add a darker, more crushing aspect as well as classically headbanging moments. And yet, for the even-more-overt heaviness here, Contagium also breathes a more haunting, otherworldly atmosphere – much like its cover art, as it were – perhaps best exemplified by the album’s closing title track. Dizzying and delirious, or simply downtuned and doomed to fuck: there’s no escaping this Contagium!