UK customers: Free shipping on orders over £100
View basket “MAVETH/EMBRACE OF THORNS – A Plague Through the Heavens split LP” has been added to your basket. 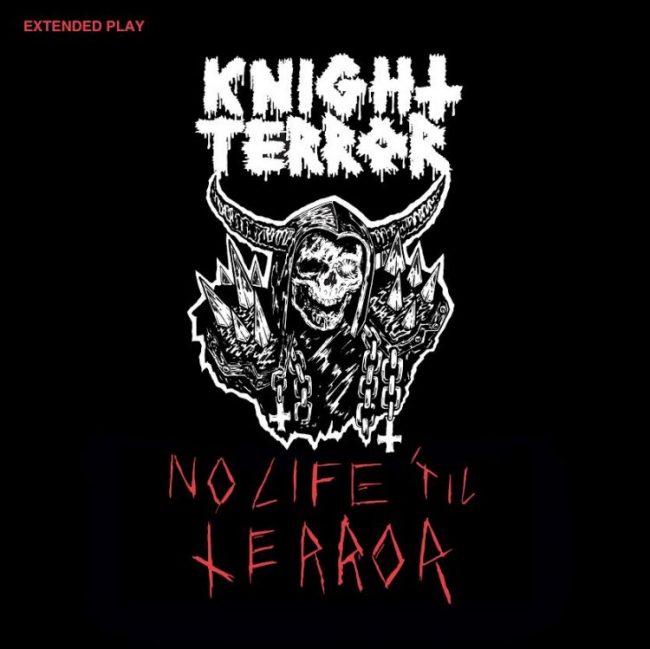 KNIGHT TERROR – No Life ‘Til Terror 7”

Crypt of the Wizard Records are proud to announce our latest offering – No Life ‘Til Terror a 7″ 4 track EP by US black thrash knightmares Knight Terror, their first official release. The band was formed in the year 2007 in Portland Oregon by Curt and Cole. The duo each chose an instrument of unfamiliarity to create the original primitive style while continuing down the sonic path of Mayhem’s Deathcrush ep and Hellhammer’s satanic rites. After years of zero focus, living on different coasts and hitting a few life bottoms, the boys were ready to get serious bringing their raw, shabby, necromagnon basement metal to the stage and record. In 2017 they recruited in the ancient one, Dimmn’r to fulfil bass duties thus creating the current power trio. No frills, no flash, the band is currently running at full speed ready to set the stage as the opening act for the end of the world. FUCK YOUR INFERNAL HAILS. Knight Terror bows to none!