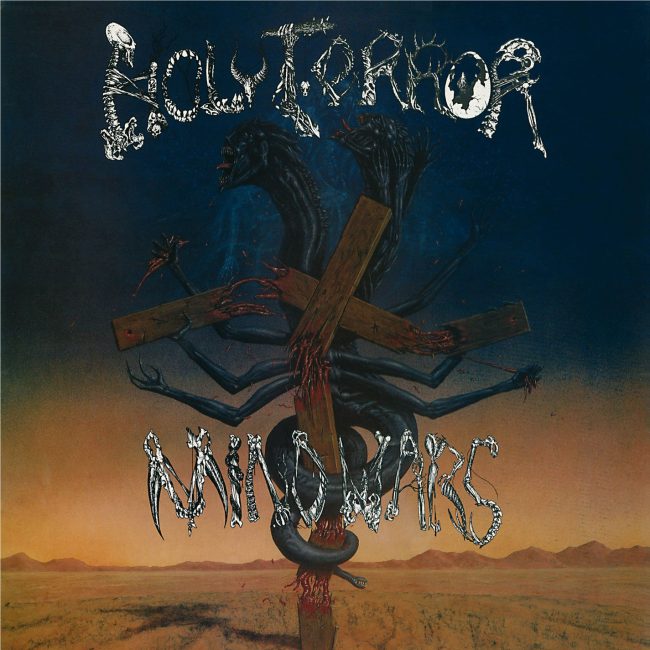 Hammerheart Records are proud reissue “Terror and Submission”, the debut album by thrash metal legends Holy Terror, originally released in 1987.
Holy Terror were formed in 1985 by Kurt Kilfelt (Ex Agent Steel) and Jack Schwarz (Ex Dark Angel). With only two full length albums and a demo, the Californian thrashers quickly took the underground of the 80s by storm!
“Terror And Submission” and “Mind Wars” (1988) are exceptional unique Thrash classics that easily stood the test of time and therefore should be owned by every fan of this genre.