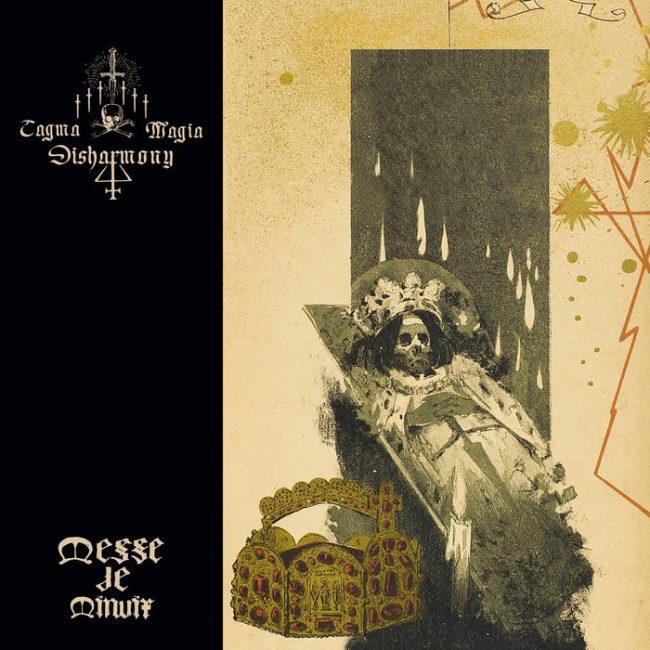 At midnight… into a tomb… the smell of burning oil, incense, and skin… the sign of skulls & of bones… the flaming pentagrams… Messe de Minuit is an unholy celebration of the Black Arts, of the Old Ways. Four are the hexes in the classic XXV A.S sound, recorded and mastered totally analog, keeping alive the traditional heavy / black metal style of DISHARMONY. The fifth hex is an actual Satanic Mass: a 22-minute-long ritual that has recorded parts of a real Satanic Messe de Minuit / Midnight Mass held by Kapala King v and his Ordo. The gate is open – Gloria In Excelsis!