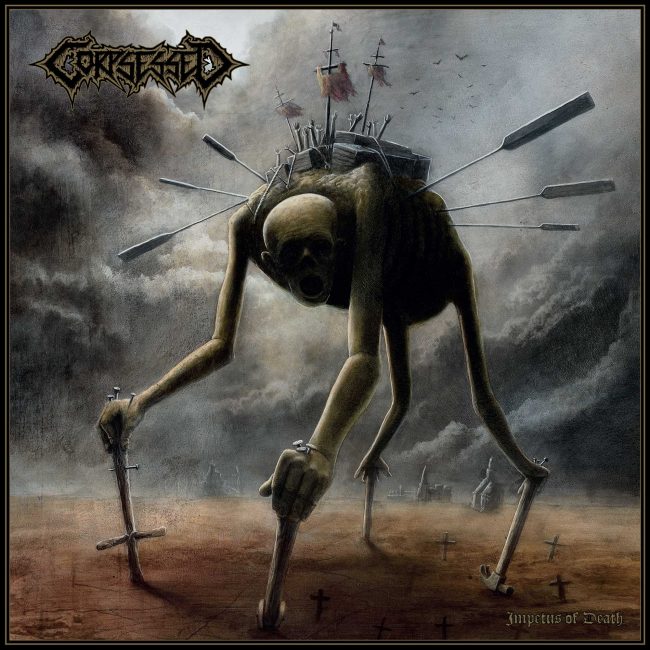 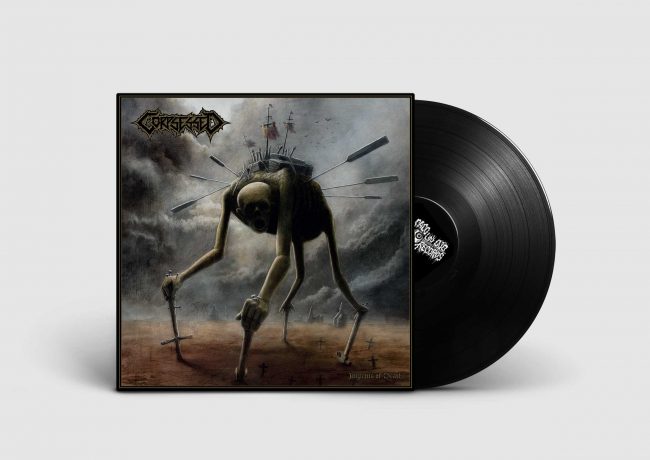 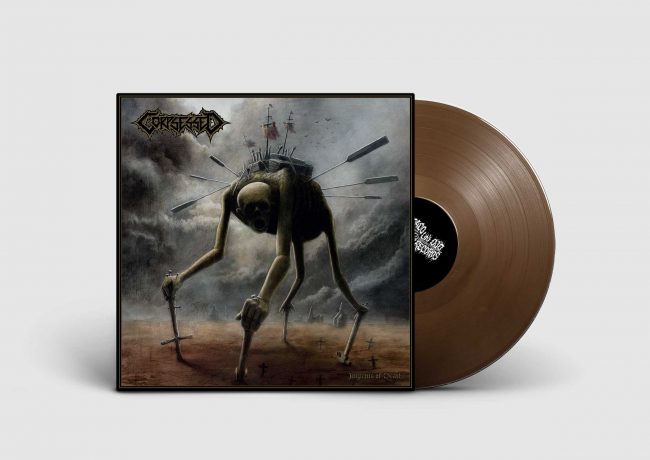 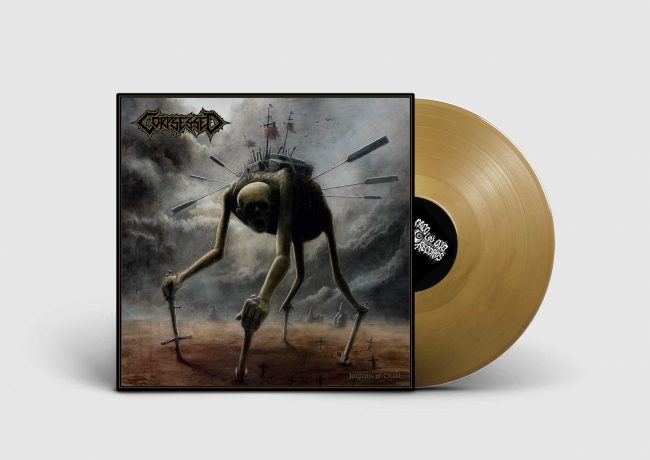 Many things have changed since the 2014 release of the band’s acclaimed first full-length album, Abysmal Thresholds. Main composer and guitarist Matti Mäkelä finally found some time to resurrect his funeral doom project TYRANNY and release one crusher of an album in 2015. A year later, CORPSESSED found a new bassist in Tuomas Kulmala (LIE IN RUINS and PERDITION WINDS). And over the course of four long years, CORPSESSED completed their second full-length Impetus of Death, an album that manages to top it its predecessor in terms of heaviness and brutality while taking their epic sound a step further.

The second full-length from CORPSESSED is brutal; although it doesn’t feel the need to break the 250 BPM barrier to show how tough it is. Still rooted in the classic sound of the early 90’s yet with its own doomy touch, it’s really Impetus of Death’s uncanny ability to bring forth a quite unique form of creepiness, almost cinematic in places and quite claustrophobic that sets them apart. As Matti puts it best, “What can I say? We like to keep things evil and ominous.”