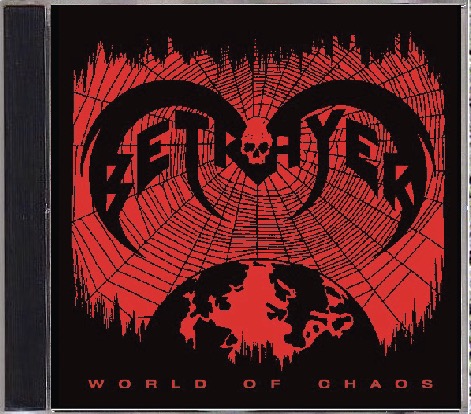 DARK SYMPHONIES is proud to announce our cooperation with obscure Norwegian thrash cult BETRAYER to unleash their highly sought after “World of Chaos” CD, including 5 rare demo tracks and 2 soundboard live tracks as a bonus! The first and only album from this amazing band, obscure and punishing thrash metal, guaranteed to satisfy all fans of extreme metal. Originally been limited to only 500 pieces and having been out of print for years, fetching insane prices online, we are proud to offer this slice of thrash metal history once again.

“World of Chaos” is a crushing slab of classic late 80s / early 90s US thrash metal, influenced by early METALLICA, EXODUS, DEATH ANGEL and MEGADETH. This CD is designed after the original 1993 self financed release, taking elements from the original layout with attention to detail, even down to the logo and typeface for a touch of nostalgia. Also featured are unpublished band photos, lyrics and new liner notes by original guitarist Rune Hamlot. Limited to 500 copies worldwide! Stay away from BOOTLEGS! Support the band and official releases!!