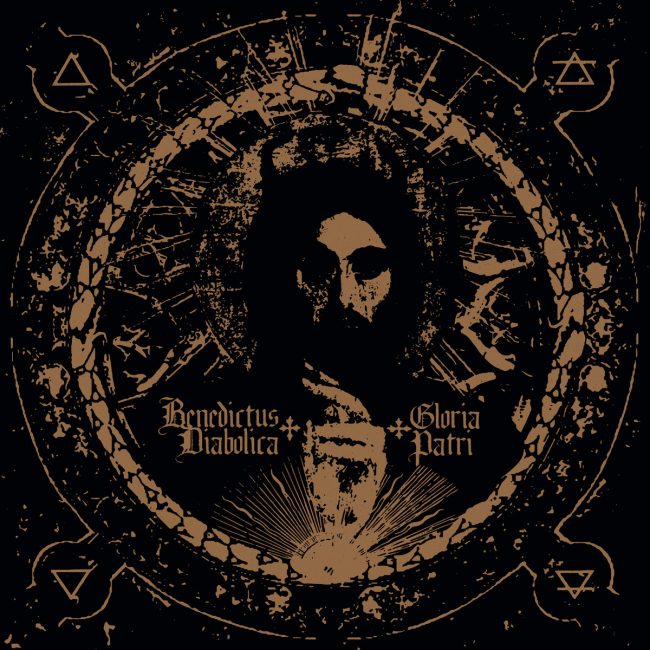 ANCIENT MOON are a cross-continental entity whose membership and locale are a mystery and frequently speculated upon. Rather, they’ve let their works speak for them, with 2015’s Vvltvre debut being a staggeringly epic single-track album, followed last year by an equally epic side-long split album with PROSTERNATUR, courtesy of IRON BONEHEAD.

With those lofty (and mesmerizing) precedents set, it should come as no surprise that ANCIENT MOON plunge deeper into the abyss and ether alike with the two-song, 38-minute Benedictus diabolica, Gloria Patri. Much like its Latin title, this second album imparts a stultifying austerity – ceremonial, even – that thoroughly entrances the listener right from the very beginning, so bewitching is their black metalled hypnotism. However, under the crushing weight of its two component tracks (18 and 21 minutes, respectively), ANCIENT MOON safely evade rudimentary inertia by winding each of those compositions through a wealth of harrowing, haunting territory: truly, EPIC(s) in every sense of the word. Shimmering and spectral and yet also grim and gnarling, ANCIENT MOON here display seemingly contradictory faces; underneath those masks lays the same free-flowing spirit, one which manages to make time stand still and simultaneously move in reverse. Indeed, under an ancient moon does a uniquely spellbinding mysticism reside…