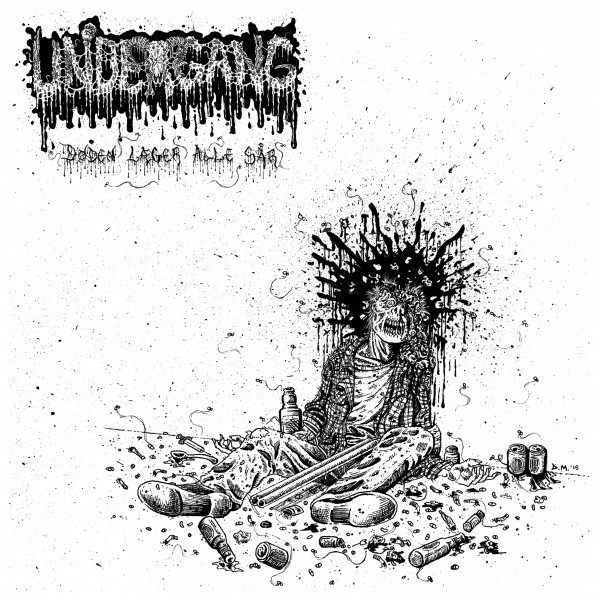 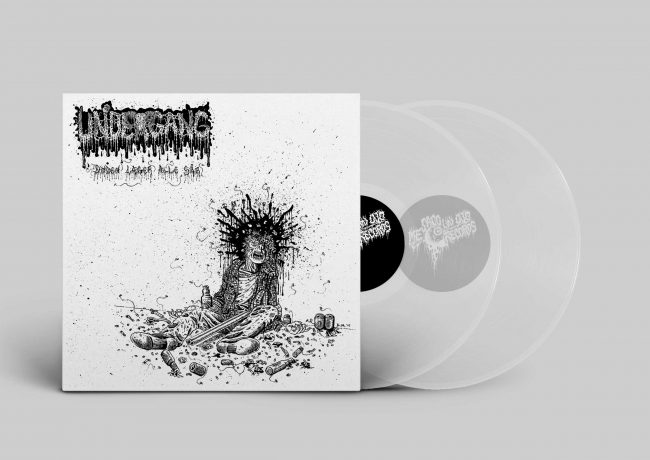 Not only was “Indhentet af døden” one of MSUO’s very first releases, but it also proved one of its most popular and, up to this day, remains one of its more sonically cranium-pulverising. A sophomore album and several EPs and split releases later, Denmark’s heaviest offspring of morbidity return with a third album that is guaranteed to fulfil the cravings of all but the wimpiest of unbelievers in the power of the grim spell that Death Fucking Metal can still cast today.

To speak of an “evolution” or “refinement of sound” would almost seem absurd, such is Undergang’s uncompromising commitment to sonic crushnity… and yet the fantastic mix offers a clarity that betrays the compositional care and instrumental adeptness that the band has invested, without diluting the aura of dense putridity and sheer crust that envelops their creation.

This is before even getting into the vocal work; still the best assimilation of Antti Boman’s lessons in otherworldliness one can hear today, and it’s no surprise that they perfectly match the sonic aesthetics of their impeccably murky riff constructions. Take a look at the endearingly grim and incredibly spot-on artwork: that is the album in a nutshell. No innovation and no bloody need for it, thank you very much, when the chassis is just rock solid and earthquake-proof. Simply put, “Døden læger alle sår” shows Undergang being Undergang; just better, heavier and with deadlier intent than ever.