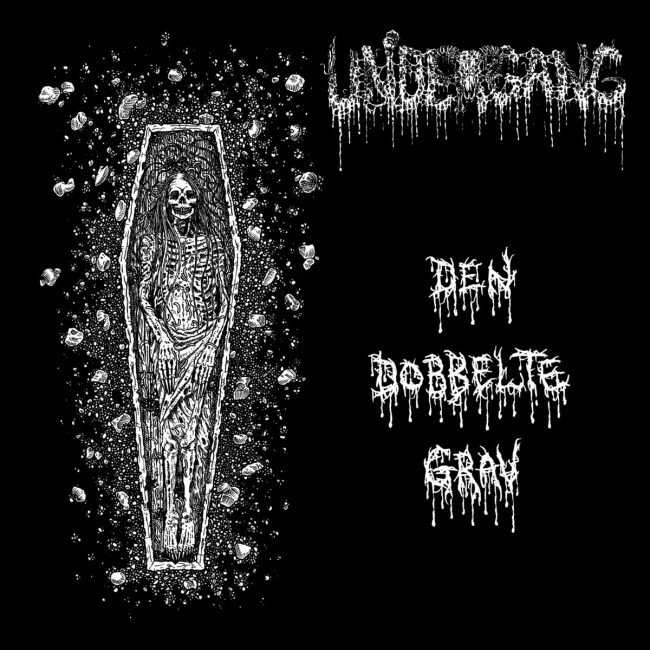 Lyrics for “Den dobbelte grav” is written by Benni Bødker, Danish author (and much more) specializing in writing horror stories for the younger audience.
The 7″ release of this EP is created by the idea from Benni and build around an anthology book he’s written called “Den dobbelte grav og andre rædsler” (To be released for Halloween 2019) to which UNDERGANG’s David Mikkelsen has provided illustrations. On the side of his book Benni is releasing this 7″ EP, both presented by his publishing company Corto in December 2018.
More info on Benni and Corto can be found here (in Danish):
www.benniboedker.dk
www.forlagetcorto.dk

*This is the second pressing with alternate cover