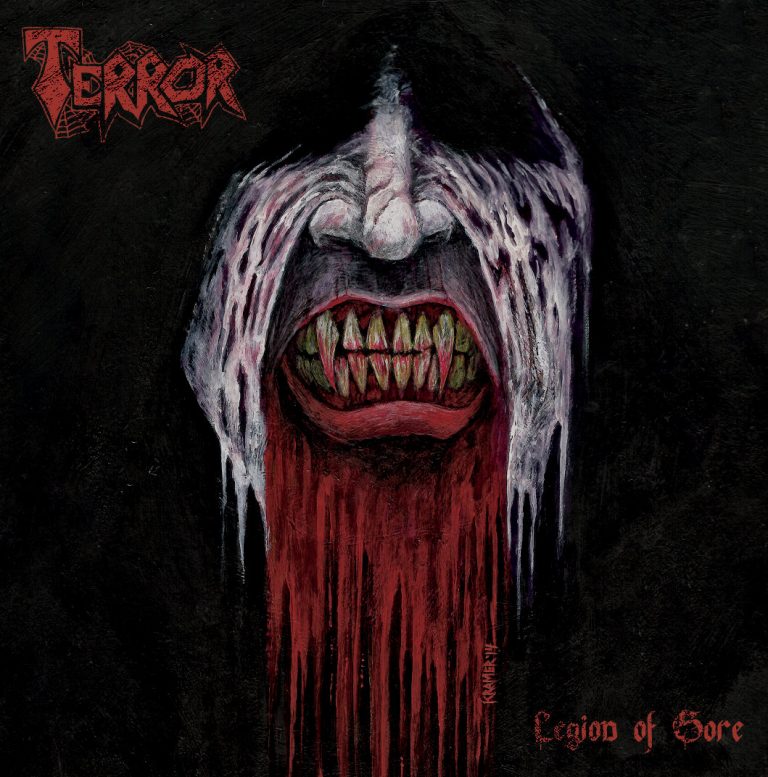 Back from the dead, cult Cleveland death-thrashers TERROR return with Legion of Gore, the band’s first studio recordings in 20 years! From 1987 to 1995, TERROR released a slew of demos – a full dozen, all told – before disbanding. Their sound was a sign of the times, death metal-leaning thrash with twisting song structures and surges of ultra-violence, but always with a knack for punkish simplicity. Now, with the two-song Legion of Gore 7″, the glory of deathrash is not forgotten, and TERROR take the torch and proceed to burn all those around. Helmed by vocalist/guitarist Brian Sekula – who’s been involved with a long history of bands, including NUNSLAUGHTER, MORTICIAN, and BLOODSICK, among others – and joined by ex-INCANTATION/Goreaphobia drummer Jim Roe, TERROR have a new lineup and are back for the attack, so stay posted to HELLS HEADBANGERS for further strikes from the abyss!