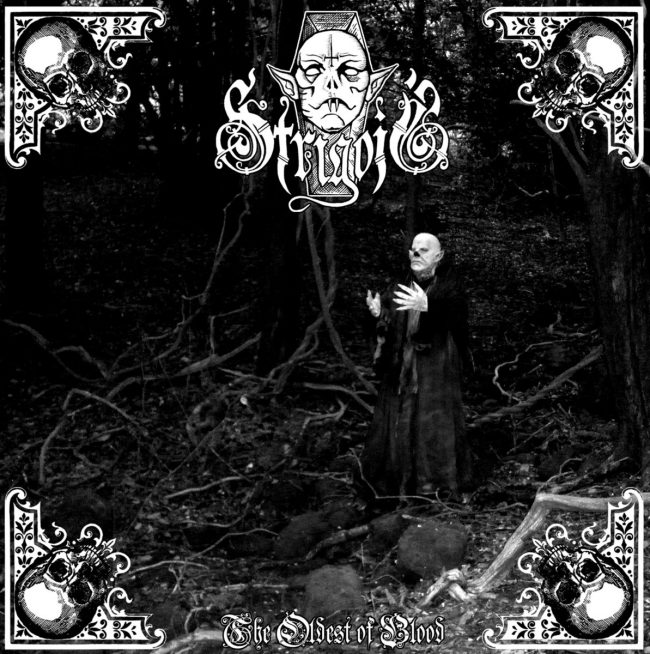 Strigoii is a grim medieval Vampyric Black Metal entity created by Azgorh & Akhtya Nachttoter in the year of our master, 2018.
Musically it is dark, majestic and otherworldly, yet stricken with an undead lament, and lyrically it is a celebration between the metaphysical conceptualization of the nature of the Vampiric Spirit; the idea of survival beyond physical death and our deepest predatory instincts. The unity of this Black Alchemical concept, the inverse “Solve and Coagula” begets the Undead.
The folklore of Medieval Europe is woven in to act as a stimulant for the imagination, veiling the concepts of the Vampyre and those phantasmagoric realms existing within our darkest dreams. Within the folklore of the ancient world, the Moroii (Living Vampires) and Strigoii (Undead Vampires) would gather in ruined cemeteries, Desanctified chapels and forests to practice the Rituals of the Nosferatu and for the neophytes to learn the Runes of Black Magick.
There is a reference to “Karnstein” as a celebration of one of the first gothic vampire tales from Carmilla by Joseph Sheridan Le Fanu which brings to fiction the vile, decaying Vampyre with a necrophiliac eroticism. The imagination of the sorcerous is paramount to individual Apotheosis in both life and death and this entire work is within the Circle of “Ad Majorem Satanae Gloriam”, “For the Greater Glory of Satan”.