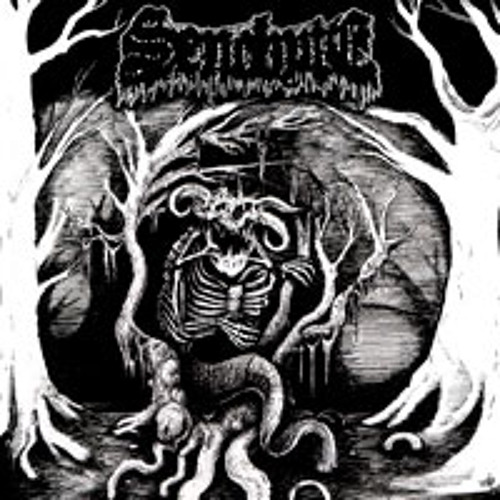 Not exactly a discovery but an accident of nature, one of those disturbing abnormalities that with their mere and unexpected apparition, marks a point of no return and/or the initiation of a discipline whose unknown folklore and dimension, is an enigma on its own. To dare or not to dare, that’s the dilemma. And Senobyte not only dare, but are suicidal on their ideology if they really have one, other than the fascination to splash in the impossibility of deadliest doom metal. Ugliness as an insignia and morbidity for the echoing sound of the loathe. While others would barely have the audacity and the braveness to face the worst of their condition, this young but maniacal trio, seems to please themselves among horror and despair: asphyxiating, rumbling and swinging like the final hours of the imminent quietus, the certainty of death and the ignorance of what lays ahead which, is in fact located just down under: as the Earth kneels down at your feet and then you fall.