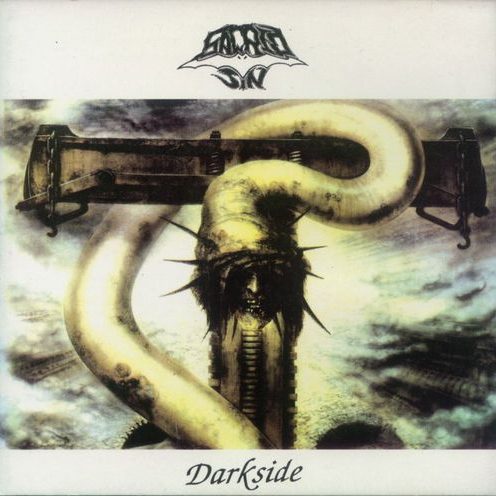 For the fist time ever one vinyl, THE CRYPT is honored to announce our partnership with Portuguese Death Metal act SACRED SIN to reissue their debut album “Darkside”!

This amazing LP features the original cover artwork, lyrics, tons of classic band photos, new liner notes from founding member José Costa, and all the original layout elements designed after the original 1993 Musica Alternativa CD with attention to detail, even down to the logo and typeface for a touch of nostalgia.

Sacred Sin formed in 1991. They started by recording tape demos and from 1992 on playing in several small venues. In the spring of 1993, under the independent music label Musica Alternativa they recorded their debut album Darkside which received rave reviews among the metal community. This opened the door for larger audiences and as part of the promotion for the Darkside album, the band played as a support act for Napalm Death and Manowar and were invited to play at Headbangers Ball Video Road Show, Portugal’s first band to be played on MTV.