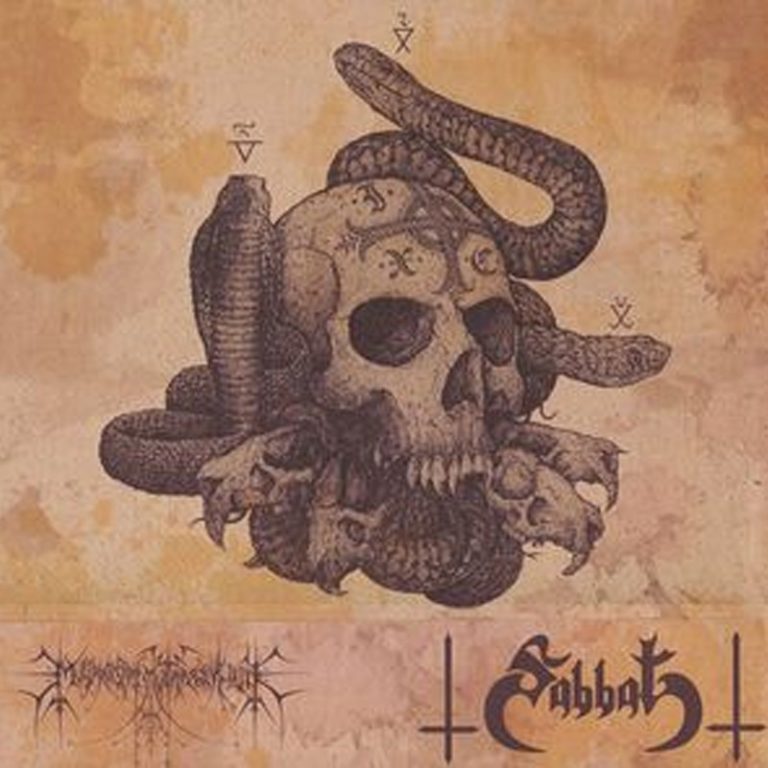 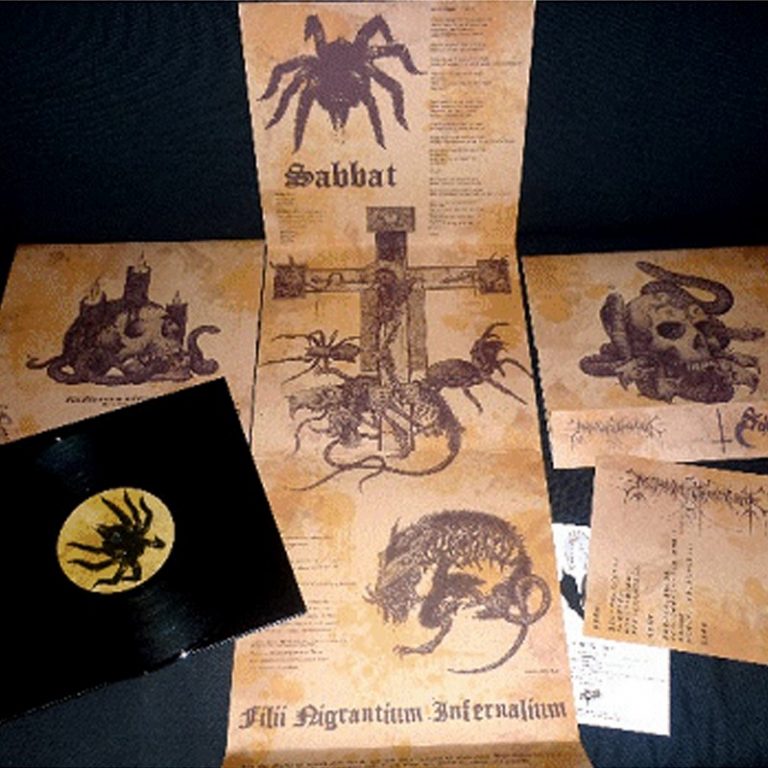 When East meets West never was that impious and salacious. Two different but alike forms of understanding, breathing and evoking the essence of oldest impure black metal, but drenched with all the spirit of heavy metal tradition as their respective gospels. And thus are the voices of the highest magisters from such opposed sides of the world: Sabbat has been indisputably a major entity of the genre for over three decades while, Filii Nigrantium Inenalium, has been shrieking against the sacrosanct during twenty truculent years. Truest on essence and flooded their souls with the passion for the dark side, their paths finally crossed themselves among the request of Down With The Most High, nearly four years ago. Despite the fact how many times the fruit of this allegiance has been postponed, delayed and repeatedly worked and perfected on its aesthetic aspect, the meeting of such greater unstoppable forces, offers one new track per band, which far away from being fillers intended for a supposed minor release, seal this split as a pact of the strongest and the most everlasting satanic will. The uniqueness visual consummation of Marko Marov (Vatra i Sumpor) as the responsible hand for all the artwork displayed on this three fold-out outer cover with flap and insert, is nothing but the culmination of this shamed liturgy and such anti theological infernal coven. Strictly limited edition of 666 copies, being the first 166 of them on gold vinyl while the remaining amount comes on orthodox black vinyl.