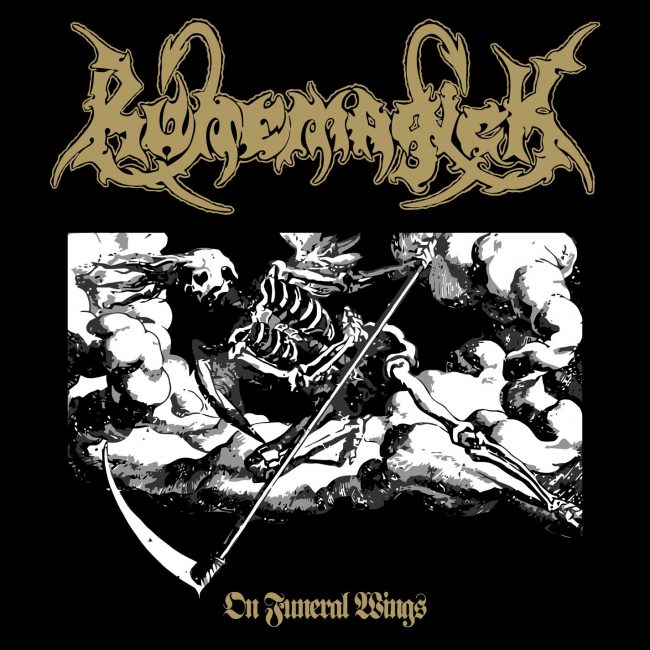 Runemagick are among most underrated bands in the history of metal. Their relative obscurity is hard to pin down. Musically, in terms of songcraft, atmosphere, and immersion into the unearthly realms of the occult, they are basically without peer. Yet despite a prolific thirty year existence, their reputation exists on the fringes: highly regarded by some but not highly enough considering the overall quality of their output.

After a couple of listen you will be hooked by the atmosphere and guitarist/vocalist Nicklas Rudolfsson’s recognizable riffs that really feel like riding “On funeral wings”. It is amazing how Runemagick’s sound evolves on every album and becomes all the time better. Obviously the music is most of the time really slow, atmospheric and quite catchy but sometimes the tempo is increased even though you don’t hear blastbeats on this album.

As a conclusion we must say that Runemagick really surpassed all the expectations (again). If you are into Death/Doom Metal and don’t like this album, then there’s something wrong with you.