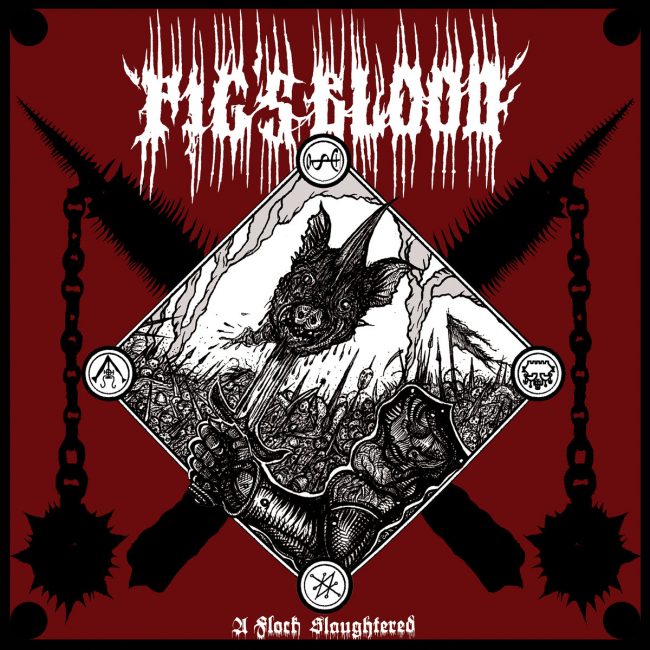 The indomitable blood commanders return to slaughter again! After giving the world a taste of their poison with their debut s/t LP, Pig’s Blood spent the next year sharpening their tools of war, completing several victorious US campaigns and preparing their sophomore release. Featuring ten new tracks, “A Flock Slaughtered” demonstrates an elevated plateau of aggression, prowess, and massiven production compared to its predecessor, signaling a rising trajectory for Pig’s Blood that will leave only death in its wake.

US preorder is available now for the exclusive BLOOD COLORED edition of “A Flock Slaughtered”, limited to only 100 worldwide. EU copies will be available from Godz ov War Productions.