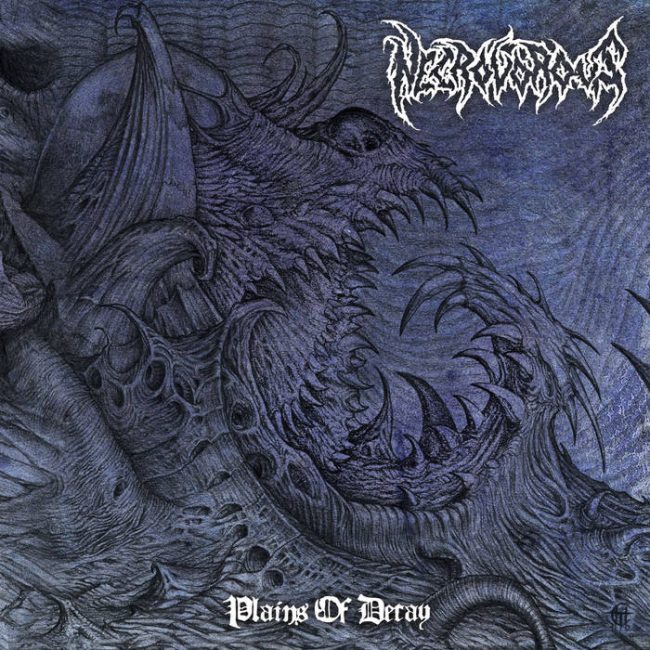 Known for their undying adoration for everything sleazy, macabre and genuinely disturbing, the NECROVORUS ghouls have risen from their crypt after years of hibernation and are staring at you with bloodshot eyes while brandishing scepters made of human bones. The world’s best attempts to keep from waken the beast have failed miserably. Proceed with cauthon, as the death metal equivalent of Jörg Buttgereit flick “Plains of Decay” is coming to melt with your brain. To avoid fainting, keep on repeating …”It’s only a record… It’s only a record… It’s only a record…”