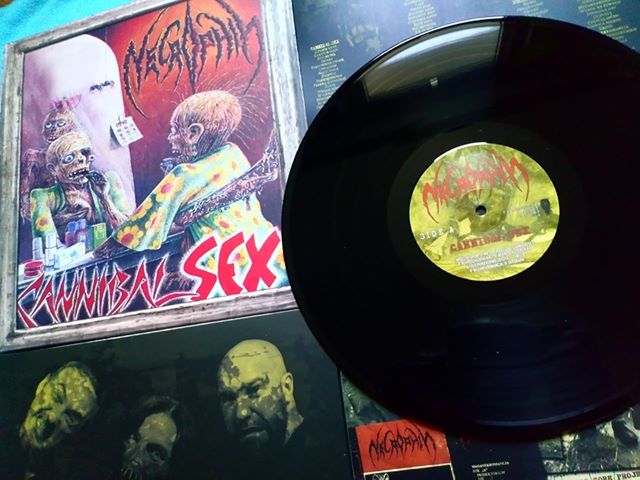 When Cannibal Corpse was recording the ‘Tomb of the Mutilated’, Nerophil from Nowa Ruda finished their work on the ‘Cannibal Sex’ debut album 6500 kilometres to the east. Undeniably, that’s one of the most important
bands of Polish underground music and, what is more, a Polish response to Cannibal Corpse! Brutal and uncompromising Necrophil was born in 1989 in Nowa Ruda. In the same year, they recorded their first ‘Meganekromancja” demo. The band’s characteristics were their ‘crackbrained’ lyrics and psychotic Death Grind! Finally, ‘Cannibal Sex’ came out on a cassette tape in 1993 thanks to Loud Out Records. After 26 years since the premiere, I have the honor to revive this wonderful piece of work on a vinyl.