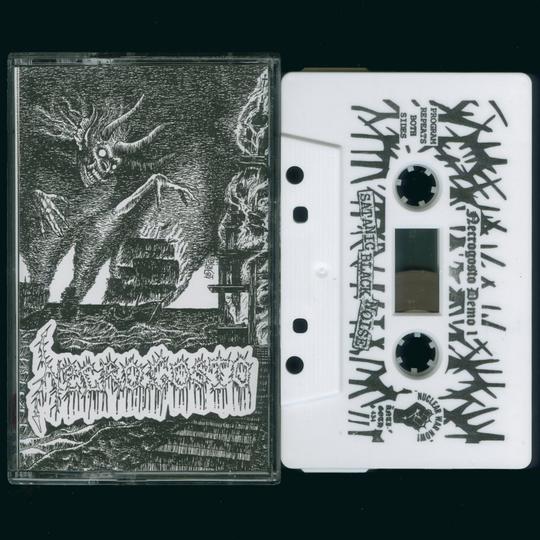 As one of its first atrocities of 2019, Nuclear War Now! is pleased to present the cassette reissue of Necrogosto´s self-titled demo from 2017 for distribution in the Americas and Asia. Hailing from São Paulo, Necrogosto carries on the tradition of early Brazilian deathcore as it was originally established by bands in the Minas Gerais scene of the late 1980s and as it was propagated to the rest of the world by Cogumelo Records. This demo exhibits the same primitive and feral sound pioneered by Necrogosto’s compatriots in Sarcófago, Expluser, Sextrash, Necrófago, and others of a similar ilk. However, unlike many contemporaries who have tried and failed to recapture the sound of their ancestors, this debut demo could easily be mistaken as an unearthed relic from that very same time and place. Originally self-released by the band in very limited numbers and later by a small Polish label, NWN! aims to call appropriate attention to a band who proves that authenticity in its vision and craft can overcome the usual constraints of time that so often leave an iconic sound buried in history.