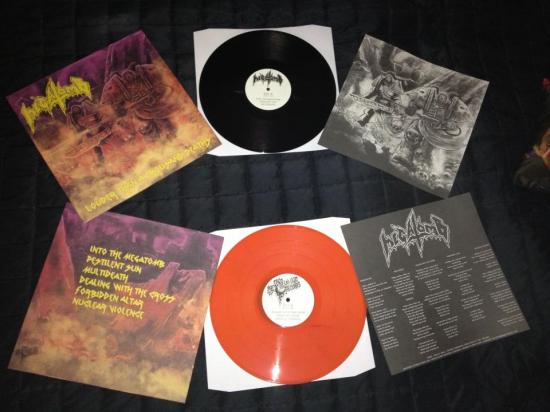 An achievement of mass destruction and global demise, inflicted with due fury after being under and exposed to the pernicious influence of the distorted Stockholm riffing meets the bullets and spikes fuck off violation of Nifelheim on hard drugs. Feel the barrel touching the sweat of your skin, taste its gelid iron touch invading you mouth and wait for the lead to put an end to your most pre
cious treasure: your own life which is close to cease forever.