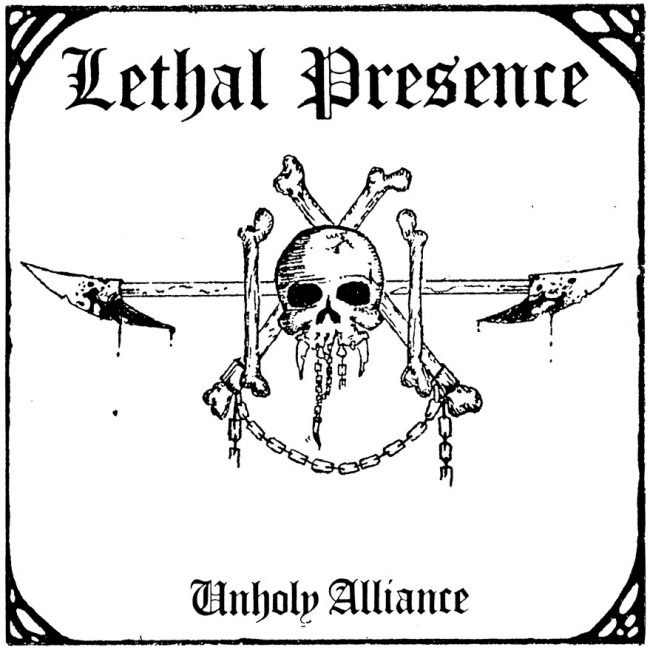 Lethal Presence stormed on the Toronto thrash metal scene from 1984 to 1988. Most notably they took part to the seminal proto-death metal manifesto “Raging Death” LP alongside SADUS, XECUTIONER (Obituary), R.A.V.A.G.E. (Atheist) and BETRAYEL. This Lp compiles their seminal “Unholy Alliance” Demo from 1986, mastered from the original tape, and four other never before heard tracks from 1985/1986, one of which featuring Rick Nemes from INFERNAL MAJESTY/RAPID TEARS on drums. After Lethal Presence demise in 1988 Bobby Sadzak went on with SLAUGHTER/STRAPPADO with whom they re-recorded a couple of old Lethal Presence tunes, on this Lp in their primal version. 500 copies, 100 of them on white vinyl. All copies coming with jacket on 350 grams cardboard, 4 pages insert, outer plastic bag