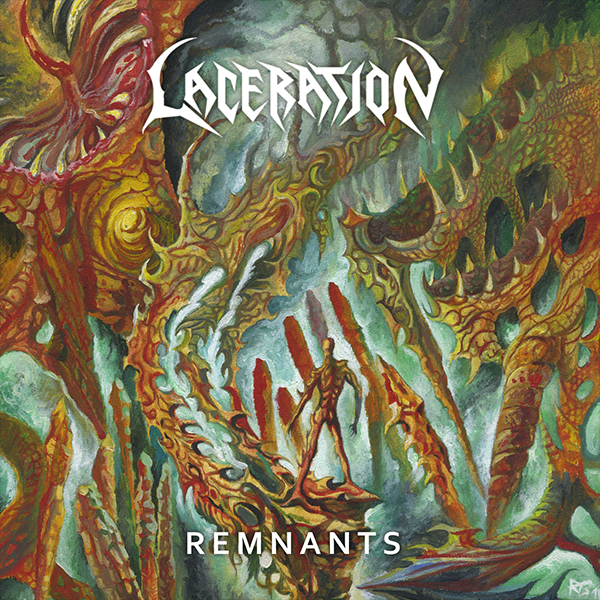 Emerging out of the Northern Bay Area of California in 2006, Laceration is an old-school style death/thrash band dedicated to crushing skulls and splitting ears. The band recently returned from a five-year hiatus with a new line up and has begun working on new material for their long-awaited debut full-length album.

Remnants compiles Laceration’s earliest recordings; an EP, a demo and tracks from the band’s 2013 split with Tinnitus. Included are 2009’s Consuming Reality and the buzzed-about Realms of the Unconscious EP, which drew comparisons to the likes of Demolition Hammer.

Fans can expect ten tracks of violent death/thrash with ragged glass-gargling vocals and death metal-inspired riffs. No gimmicks! This is true old-school metal that prioritizes sheer heaviness over all else.