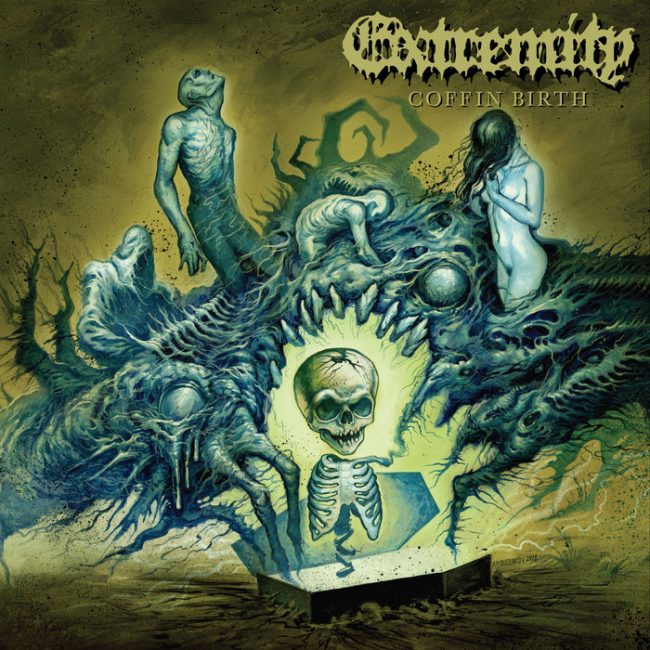 THIS IS A PRE-ORDER. THIS ITEM AND ALL ITEMS ORDERED WITH IT WILL SHIP ON/AROUND August 25th, 2018.

Oakland’s Extremity burst like a pustule onto the Death Metal scene in 2017 with their Mini-LP ‘Extremely Fucking Dead’. Five ferocious tracks gave the first taste of what was to come, and now the band returns with its debut full length album ‘Coffin Birth’, a hideous ode to Death Metal’s past and present.

Right from the start of the menacing opening intro / track of ‘Coffin Birth / A Million Witches’, Extremity brutalize with a hammer of pulverizing devastation and a defined melodic sensibility. Memorable and outright catchy songs that seamlessly veer from grinding speed to crushingly mid-paced unfold via a sordid concept that may reveal itself with careful attention.

Once again recorded at Oakland’s Earhammer Studios, the birthplace for so many of today’s standout Death Metal releases, ‘Coffin Birth’ boasts both surgical clarity and pummeling raw aggression. In combination with the attention to detail in both song and lyric writing, Extremity exhume a debut album born straight from a coffin.