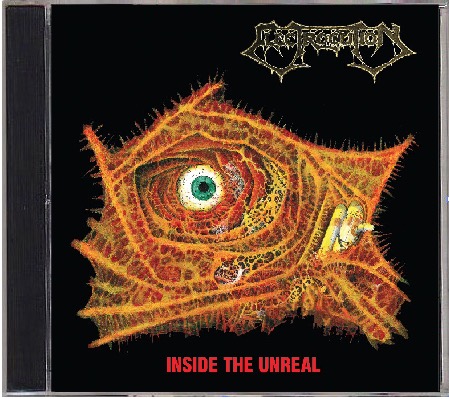 Electrocution reached cult status for their acclaimed 1993 album “Inside The Unreal”, currently one of the most wanted death-metal records, with fans and collectors all over the world scanning stores and the internet in search of rare copies.

Through 1990 and 1991 the band released 2 demo-tapes that quickly set them apart for their impressive instrumental and songwriting skills. Their second demo, “The Real Doom” got them signed with Rosemary Records (Contempo/EMI) which released their debut full-length “Inside The Unreal” in the spring of 1993 (recorded in November 1992). The album was an instant success in sales and the buzz around Electrocution dramatically increased after their memorable live performances on tour with such bands as Death, Carcass, Benediction and Motörhead among others.

“Inside The Unreal” was the first international, major distributed death-metal release for an Italian band and became a true milestone for fans and later inspired bands with its brutal and eclectic sound.