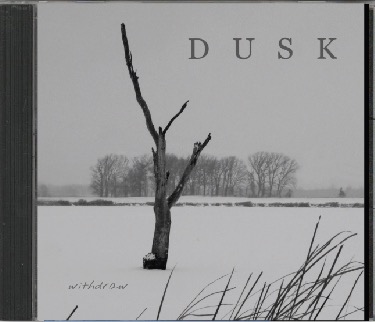 DARK SYMPHONIES is proud to announce our continued cooperation with the legendary Wisconsin based Doom/Death band DUSK! Fans have shown amazing support for the cult classic band since the DARK SYMPHONIES/THE CRYPT reissue in 2015. This led to Dusk’s subsequent resurgence. It has been 20 years since the band has released new material and now in 2018 the new 3 song EP, “Withdraw” will finally be unleashed!

The release opens with “Luminous Wounds.” The band takes an aggressive, crushing approach to the song. Reminiscent of the more death metal faster paced songs from Dusk’s first release. At the same time, the song still manages to retain the Classic Dusk vibe. From there our ears are treated to “Endeavored Sanity (tears),” a very doom-laden song. This piece was actually originally written in 1993. However, it was never properly finished, and therefore never made it unto the original Dusk self titled release. Lastly, “Withdraw” concludes with “In Silent Blur,” which lauds chunky groove with an atmosphere that marches through the wilderness toward a dramatic, epic ending of pure bleakness.