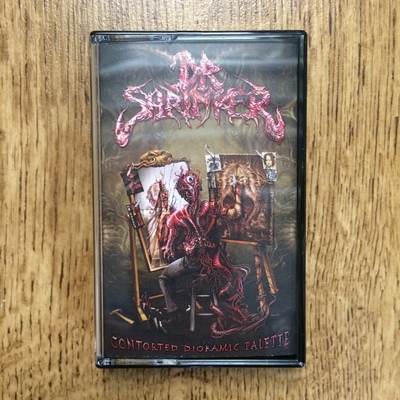 DR. SHRINKER was an influential US death metal band, early on self proclaimed “Gore Core”, in the late 1980’s and released some amazing and very promising demos during their sadly short lifespan till 1991. The band was re-animated in 2013 and recorded an album consisting of new and old favorites finally recorded with better studio sound for the ultimate gorific horror death metal album “Contorted Dioramic Palette”, which was then released in 2015 by Dread Records