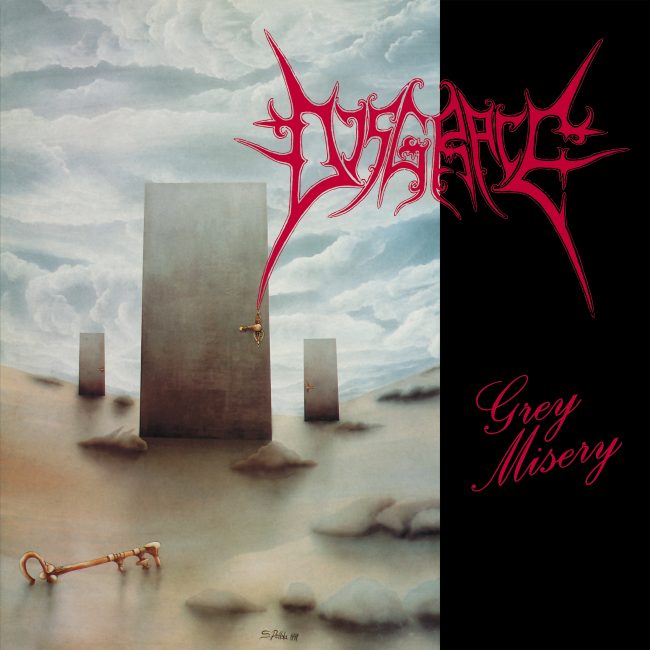 Massive triple vinyl set. Limited first edition on grey vinyl.
Heavy gatefold jacket with two LPs and one 7 inch.
To pay our respects to the monument of Finnish Death Metal that is early Disgrace, we announce the release of a complete set of all the death metal the band produced on tape back in the golden age. To be released in anticipation of the 29th anniversary of the band’s debut 7″ inch Debts of God, this set features both demo tapes (Inside the Labyrinth of Depression and Beyond the Immortalized Existence), a reproduction of the debut 7″ EP plus the legendary full length opus Grey Misery. As an added treat there’s two unreleased tracks (The Day Man Lost and Foxy Lady) plus an in-depth interview with the surviving members of the Disgrace cult.