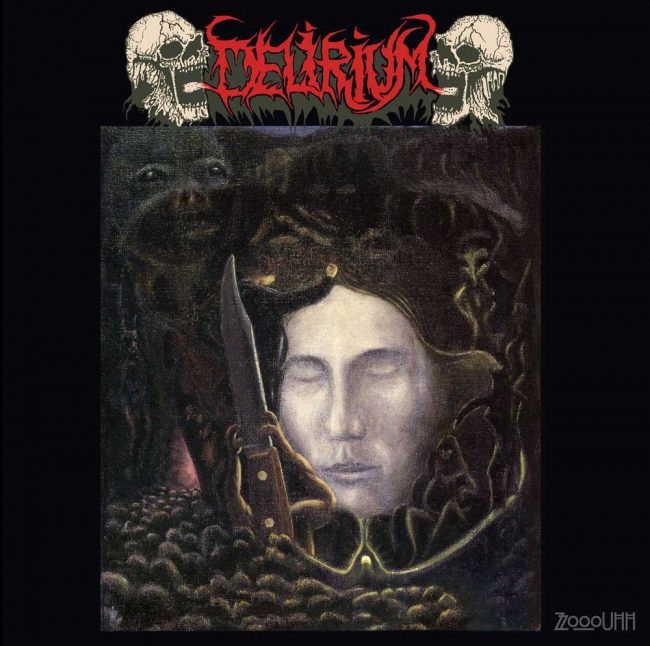 A very special repress of one of the OOP and most sought-after death metal gems from the Netherlands. DELIRIUM’s “Zzooouhh”. Aptly titled “Zzooouhh + Demos, this set features the “Zzooouhh” album (1990), the “Delirium” demo (1988), and the “Amputation” demo (Both demos making their vinyl debut). The 2LP set is designed after the original 1990 Prophecy release, featuring original cover artwork, taking elements from the original layout with attention to detail, even down to the logo and typeface for a touch of nostalgia.

Rancid, primitive and odorous Death/Doom Metal like some sort of Celtic Frost / Dream Death meets early Asphyx, Obituary, early Death and Necro Schizma, with one of the most putrid voices ever.