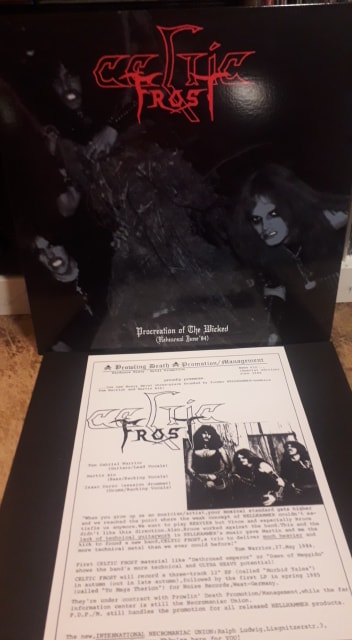 It’S 1984 and, after the break/up of Hellhammer, the newly formed Celtic Frost are shaping what would become their punishing sound. Recorded just one month after the birth of the band at one of their very first rehearsals, “Procreation of the Wicked” presents Celtic Frost at their rawest, wildest embryonic stage. 8 tracks of pure unaltered mayhem, everything that would make them legendary is already here, proving once again why they’ve been such a huge influence for countless Black, Death, Thrash, Heavy Metal and Punk bands all over the planet. SIDE A> Return to the Eve Messiah Into the Crypts of Rays Visions of Mortality SIDE B> Procreation of the Wicked Morbid Tales Dethroned Emperor Nocturnal Fear