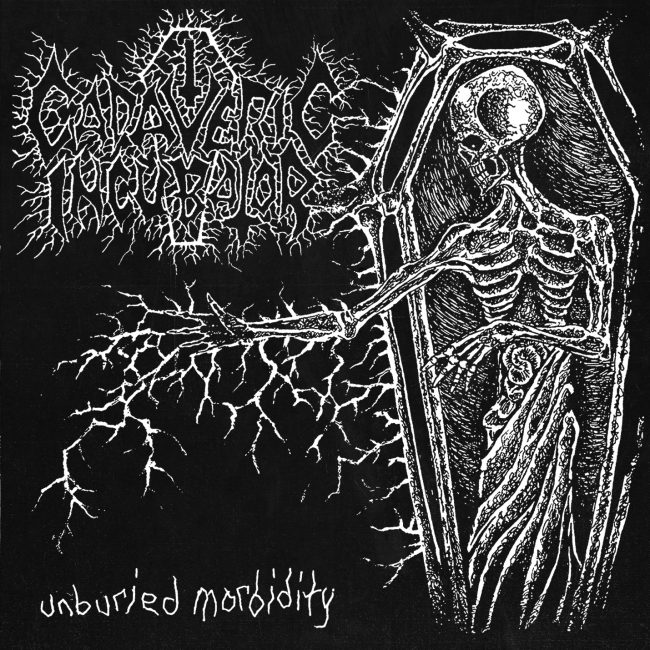 Terror From Hell Records is proud to announce the re-release of Cadaveric Incubator’s demo collection ‘Unburied Morbidity’ on CD and Vinyl, previously released on Cassette in 2015 by Terror From Hell Records.
This collection contains both demos recorded in 2005 and 2014, all tracks remastered in 2018.
Cadaveric Incubator formed in 2004, they recorded two demos in 2005: “Resurgence of Morbidity” and “Coffin Defiler”. The second demo was never properly finished and only the title track remains from the session. Early 2007 the band split up and was resurrected 7 years later with the third and final demo “Unburied Abominations”. In 2017 they released the first full album “Sermons Of The Devouring Dead”, on Hells Headbangers.