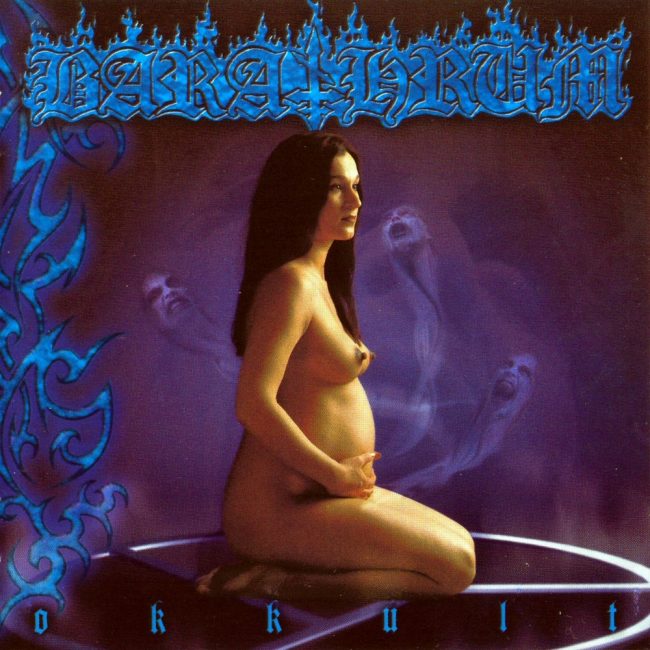 Barathrum’s sixth album finally on vinyl!
“Okkult” takes the middle ground in Barathrum’s discography and as such tries to combine the more primal sound from the beginning with the more accessible approach from the later material.
And it wins on all counts. Although the shift towards less aggressive ways of expression has started earlier, on “Legions of Perkele” to be precise, it reaches its culmination on this opus and some may say that the band have never sounded as commercially acceptable and friendly as here… which is probably true as they obviously didn’t want to associate themselves with the black metal circles so narrowly, at least at that stage.
It was also the time when Satyricon released “Rebel Extravaganza”, and black metal began to move away from the scholastic dogmas that were imprisoning it earlier. Again, black metal is a loose term when describing Barathrum’s sound as it has a lot in common with the purer doom metal ways of execution, too, and we can safely put them on the pioneering position when it comes to the doom/black metal hybridization.
The Finnish group prefers simple patterns that make it easy for likewise simple minds like me to get access to the album in a matter of minutes.
By the way, their clearly structured and unpretentious songs provide evidence that the band members are not interested in narcissism.