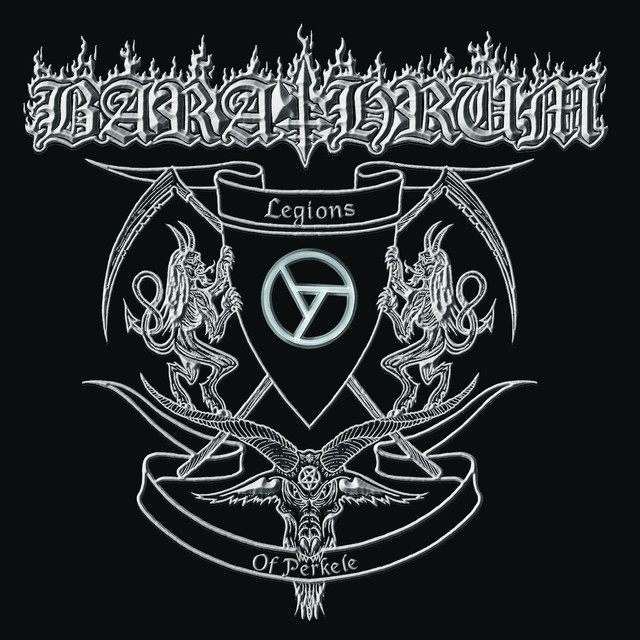 “Legions of Perkele” is the fourth full-length from Sova and company, and marked the departure of the heavily bass-dripping ooze of their earlier albums.
The guitars here plod across the battlefield like ancient tanks infused with the souls of the damned, delivering surefire yet simple volleys of chords in which there isn’t a single misplaced note.
This is also singalong, ale swilling material to which you can throw the horns with friends.
“Revenge by Magick”, “Angelbomber”, “Last Day in Heaven”, all great, slow to mid-paced tracks with pumping bass lines, restrained but efficient drumming, slathered in demonic sermon.
In short, “Legions of Perkele” is Barathrum’s finest hour, and one of the greatest black metal albums to arrive in the 20th century. Along with Horna and Impaled Nazarene, they formed the perfect triumvirate of 90s evil, and helped create a strong backbone that their country might stand its ground alongside the venerable Norse and Swedish scenes.
This album still crushes today !