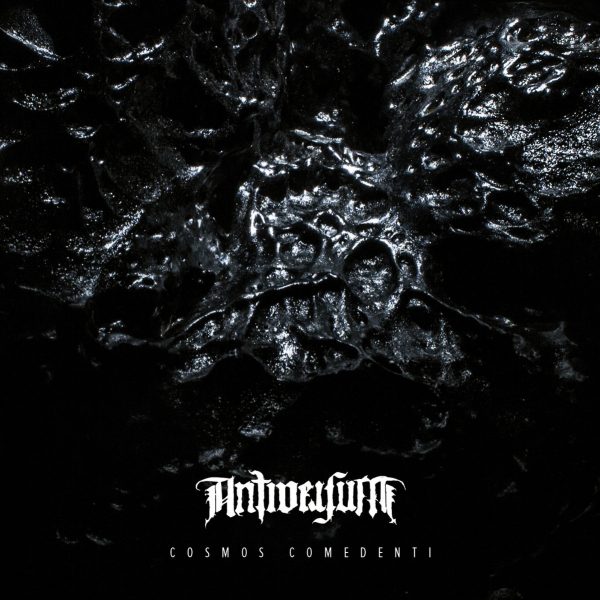 INVICTUS PRODUCTIONS is proud to present ANTIVERSUM’s highly anticipated debut album, Cosmos Comendti. Formed in 2010 by dedicated and experienced musicians in the Swiss metal scene ANTIVERSUM is a nihilistic entity which creates a disturbing and storming amalgamation of black, doom, and death metal, manifesting the end of the universe and the dawn of nothingness in audial waves. They began that journey into the void in the spring of 2015, when INVICTUS released the band’s debut demo, Total Vacuum, to international acclaim. As a title, Total Vacuum indeed served as the foundation on which ANTIVERSUM would create their idiosyncratic vortex of violence.

However, as mighty as Total Vacuum was (and still is), now arrives Cosmos Comendti to give a more vast ‘n’ virulent vision of that vortex. While the four tracks comprising Total Vacuum were towering in their own right, they are dwarfed by the four tracks that comprise the 38-minute Cosmos Comendti. Here, ANTIVERSUM stretch the spaces in between the void further, lurking within with a menace that’s truly unsettling. As such, compositions seemingly surge and then disintegrate at will – and yet, the quintet wield an iron will toward every nuance, every texture, every single detail. It’s a swarming swell of sound, one that could be deemed “cavernous” or “sepulchral” and other buzzwords in popular underground parlance, but the differentiating factor to ANTIVERSUM in general and Cosmos Comendti in particular is that there’s a clearly articulated, deathly focused finesse to everything that happens; nothing is left to chance nor masked in absurd levels of reverb. Further, this swell cannot be conveniently slotted as strictly “death metal” or “black metal” or “doom”: it simply IS.