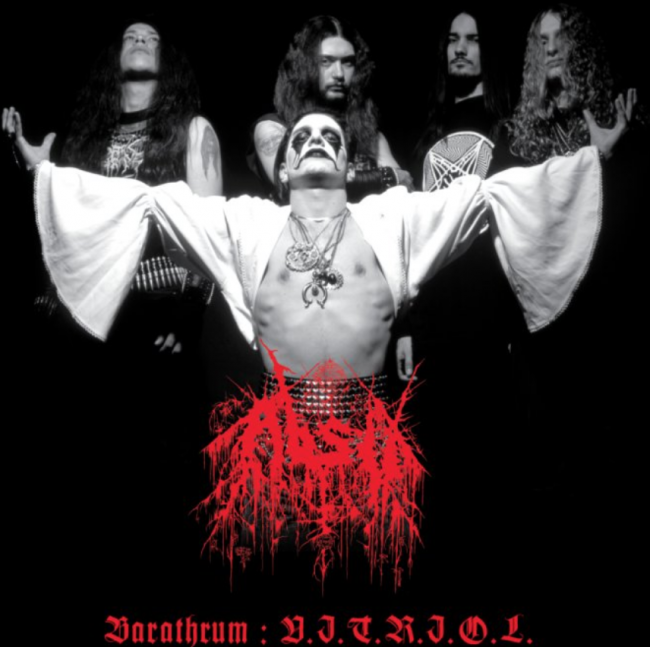 V.I.T.R.I.O.L. Supplying the original DAT tape by Proscriptor himself, this ultimate edition of cult, 90’s Mythological Occult Metal has been newly mastered for LP. Quotes Proscriptor in regards to the sound of the new master: “I just scrutinised the album in its entirety and it is nothing more than pulverising! Barathrum: V.I.T.R.I.O.L has never sounded ANY better.” Rather than cluttering this reissue with non-essential bonus tracks, we decided to keep the album as a standalone and to not interrupt the flow and sheer power of the music. This LP will feature the original Osmose Productions band photo cover, which previously was only available in the 2010 box set.

Strictly limited to 500 copies, this offering is presented in a 350-gram gatefold jacket with three colour configurations: 150 copies on traditional black vinyl.